Year of the Fire Rooster 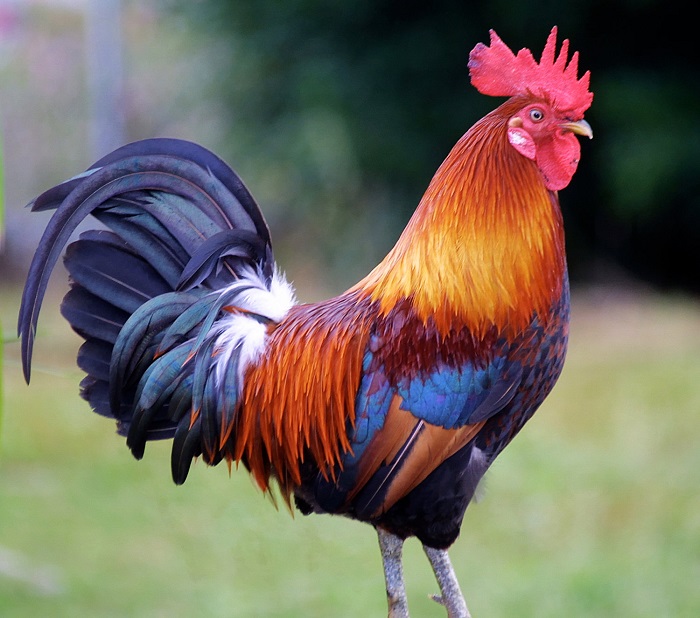 January 28th marks one of the most important days of 2017 in China. This is because it is the first day of a two week long New Year celebration. The date changes yearly, as the celebration occurs on the second new moon after the winter solstice each year. The Chinese use both a lunar and solar calendar, but many of the traditional celebrations follow the lunar cycle, so the dates can vary by several weeks from year to year. In Mandarin, the pinyin (written spelling) for Happy New Year is gōng xǐ fā cái.

The Chinese eat lots of traditional foods, travel to see family, participate in parades and dragon dances, and hand out red envelopes filled with money to children. People wear red for good luck, as it is also said to repel the mythical creature named Nian. Each day of the festival is associated with different activities, culminating with the release of red lanterns into the sky on the 15th day for what is known as the Lantern Festival.

Twelve different zodiac animals exist in Chinese astrology, and this year will mark the Year of the Fire Rooster. According to Amanda Starr in Chinese Astrology, people born in the Year of the Rooster are congenial, independent, industrious, brilliant, well-groomed and original. They make friends easily, are witty, cheerful, intelligent, charming, and love to impress and be the center of attention. Roosters enjoy engaging in verbal sparring and are quick to anger, but also quick to simmer down. By nature, Roosters are often inclined to be conceited and impatient, and those born in the Rooster year take themselves very seriously. Morally speaking, they are honest and brave, as well as daring and optimistic. They have a penchant for exaggeration, are not critical, and loathe criticism.

The last paragraph refers to Roosters in general. As far as the Fire Rooster goes, this is what Theodora Lau has to say in The Handbook of Chinese Horoscopes: This type of Rooster will be more authoritative and highly motivated compared to other types of Roosters. This Rooster will be even more independent, and will act with great precision and skill. On the negative side, their temperament might be more over-dramatic and nervous. They will possess above average managerial abilities and leadership. The Fire Rooster will fanatically stick to his or her own views and conduct his own fact-finding tours and feasibility studies. He will be unswayed by the feelings and personal opinions of others, although he is professional and ethical in his dealings.

At times he could be too inflexible for compromises. As a result, he will take to putting people and situations under a microscope for observation. If things do not measure up to his expectations, this could cause major upheavals. The Fire Rooster does have organizational talents and can project a stimulating and dynamic public image. And despite his shortcomings, this type of Rooster will have the noblest intentions behind his actions.