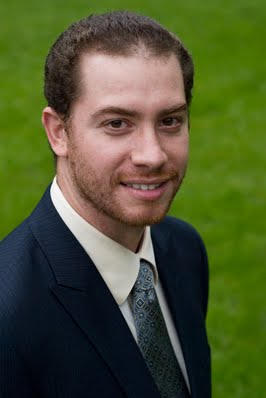 Michael Dell’Orfano grew up on the North Shore of Massachusetts before departing for Providence College in Rhode Island, where he earned a B.S. in Business Management in 2001. While in Providence, he decided to commit the rest of his life to pursuing the study of natural medicine after being introduced to the medicinal uses of herbs by Western herbalists. Next, he headed west to Portland, OR embarking on what would be an exacting eight years studying aromatherapy and Chinese medicine.

In 2005, Mr. Dell’Orfano graduated from the American College of Health Sciences as a certified Master Aromatherapist, where he obtained the distinct recognition as a member of the Delta Epsilon Tau international honor society. A few years later, he achieved the highest level of recognition in the field by becoming one of the first few hundred Registered Aromatherapists in the world. Mr. Dell’Orfano then decided to further pursue his studies of natural medicine by enrolling in the classical Chinese medicine program at the National College of Natural Medicine (NCNM). He graduated from NCNM’s rigorous program after five years with a Master’s of Science in Oriental Medicine in 2010, and was honored with the coveted Best Thesis of the Year award for his hard work on translating a previously lost, ancient Chinese medicine text into English, while concurrently integrating the fields of aromatherapy and Chinese medicine. Currently, he is in the process of editing the translation work from his thesis for publishing.

Mr. Dell’Orfano has lectured on Chinese medicine and aromatherapy on several occasions, and enjoys interacting with people and sharing his passion for medicine. For the last eight years, he has been creating all natural, therapeutic-grade healing products customizable for clients, as well as designing formulas and products for various health product companies and practitioners of the healing arts.

In addition to his passion for classical Chinese medicine and aromatherapy, Mr. Dell’Orfano is an avid outdoorsman, gardener and animal lover.